We continue to be here for you!

Even if our boutiques are temporarily closed, you can continue to browse a large selection of watches and jewellery on bucherer.com.Your shopping experience at Bucherer remains highly important to us. We are therefore offering a Click & Collect service in selected countries. Our team is at your disposal from Mon to Fri 9 am to 5 pm and Sat 9 am to 4 pm. We will be able to advise you and will gladly try and find an individual solution for your request. We invite you to discover the world of Bucherer in our online boutique where you have the opportunity to chat online with our service team. Please also feel free to contact us by e-mail onlineservice@bucherer.com

You visit the website of another country. Please note that we only deliver to addresses in this country. 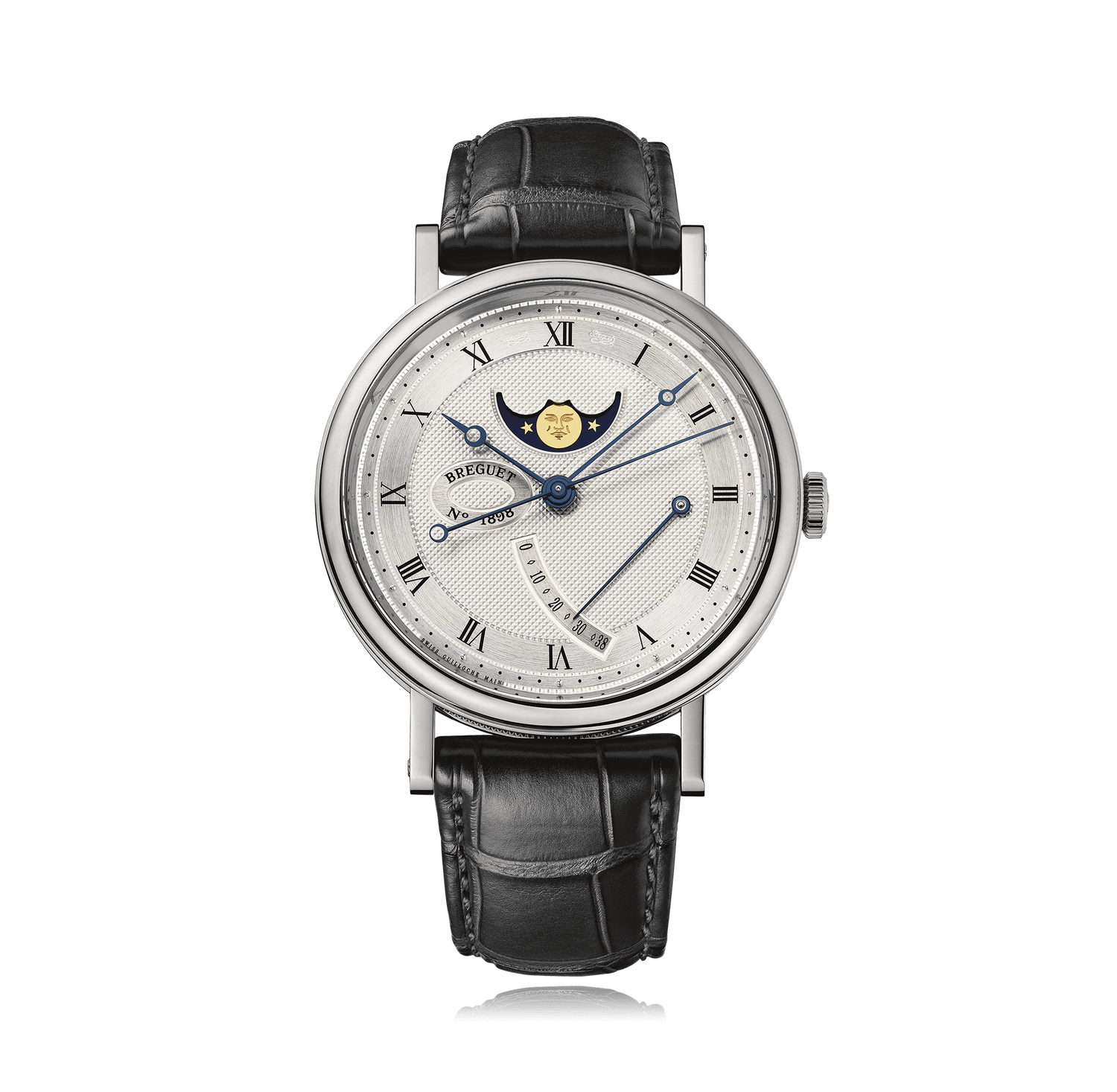 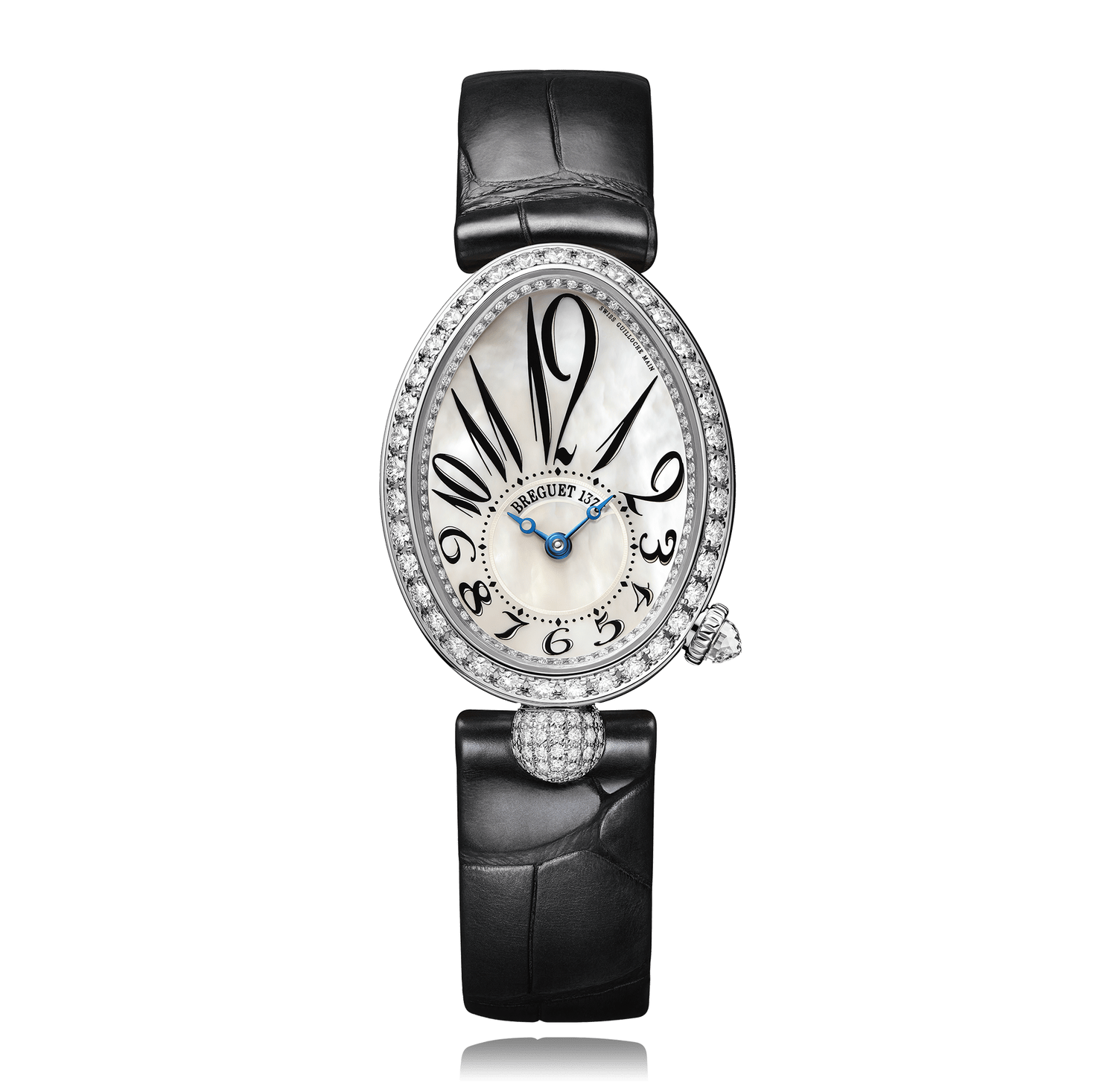 Breguet Reine De Naples CHF 35'200
The House of Breguet combines aesthetics with watchmaking expertise at the highest level. A. - L. Breguet is still considered one of the greatest watchmakers of all time. A man of inventive genius, he revolutionized the art of mechanical watchmaking over 240 years ago. And today, the watches that are still made bearing his name are among the finest and most exquisite masterpieces in the world. 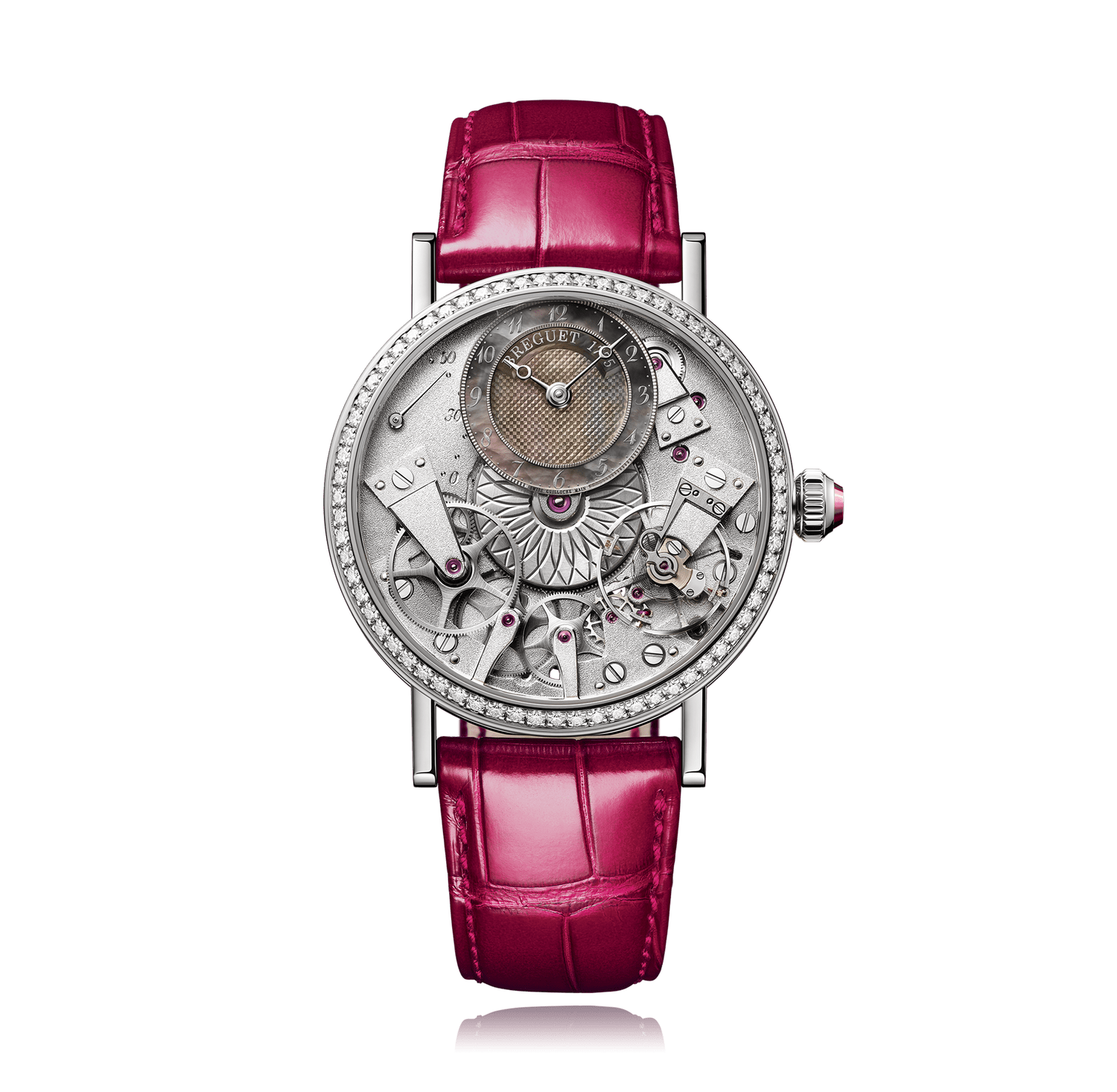 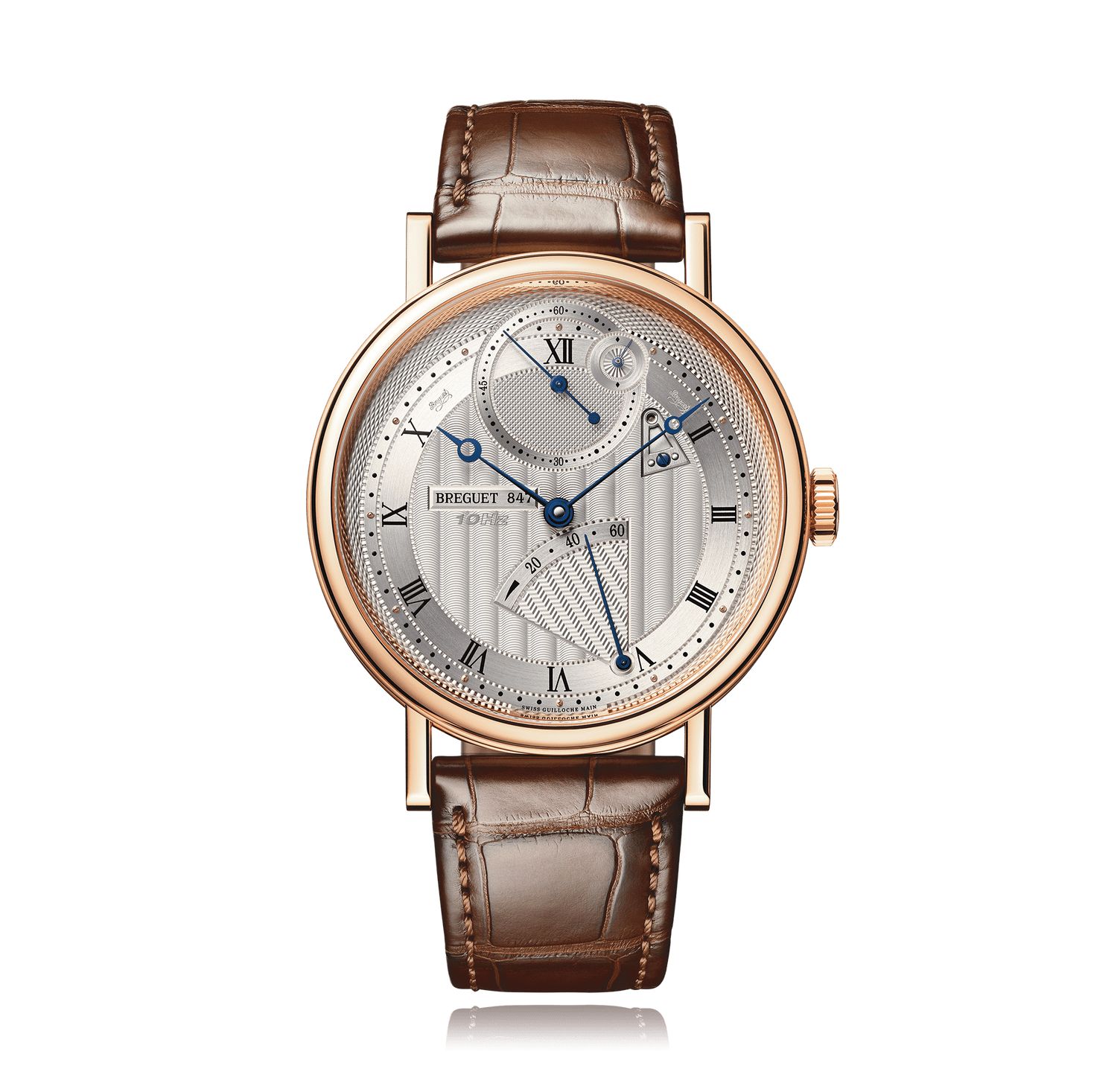 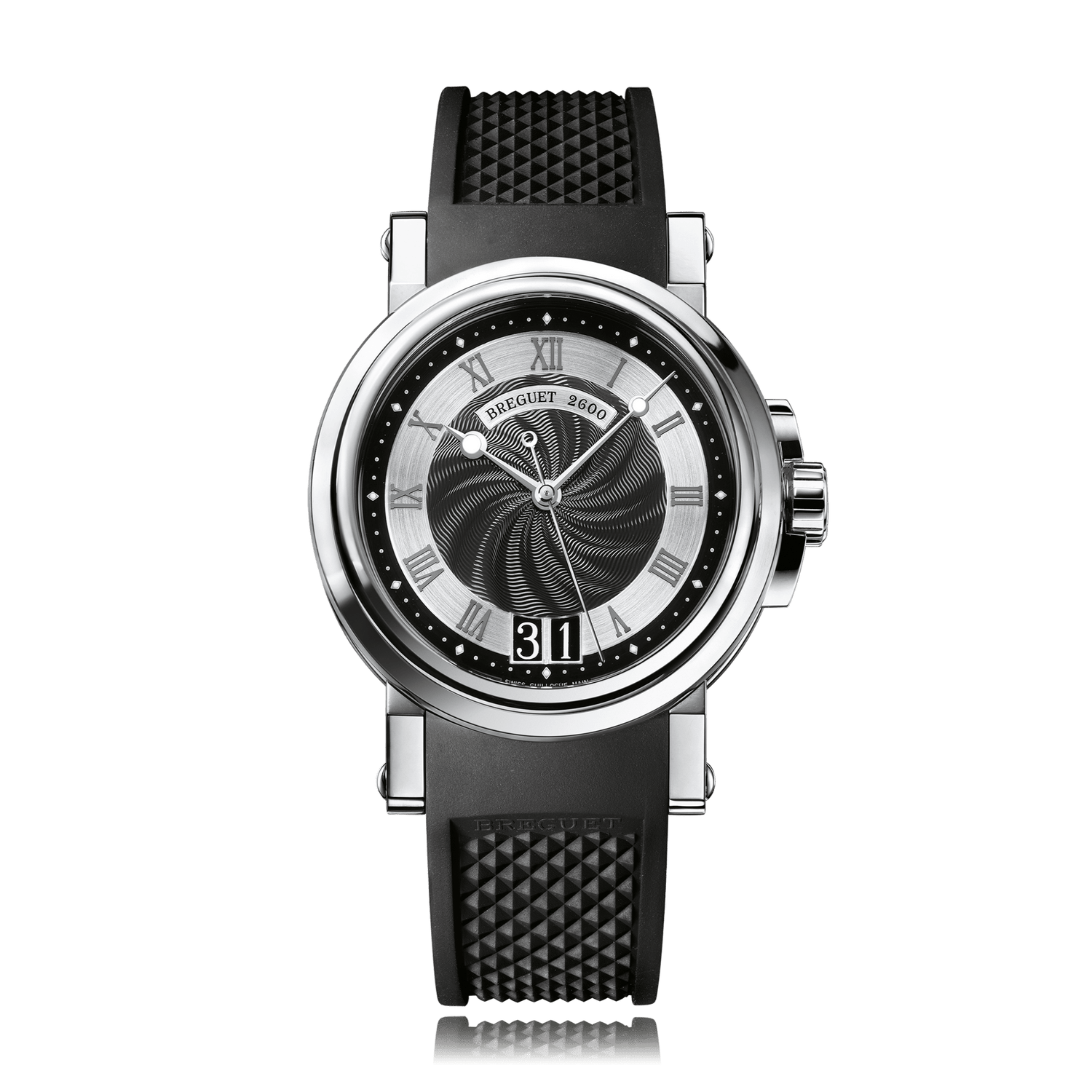 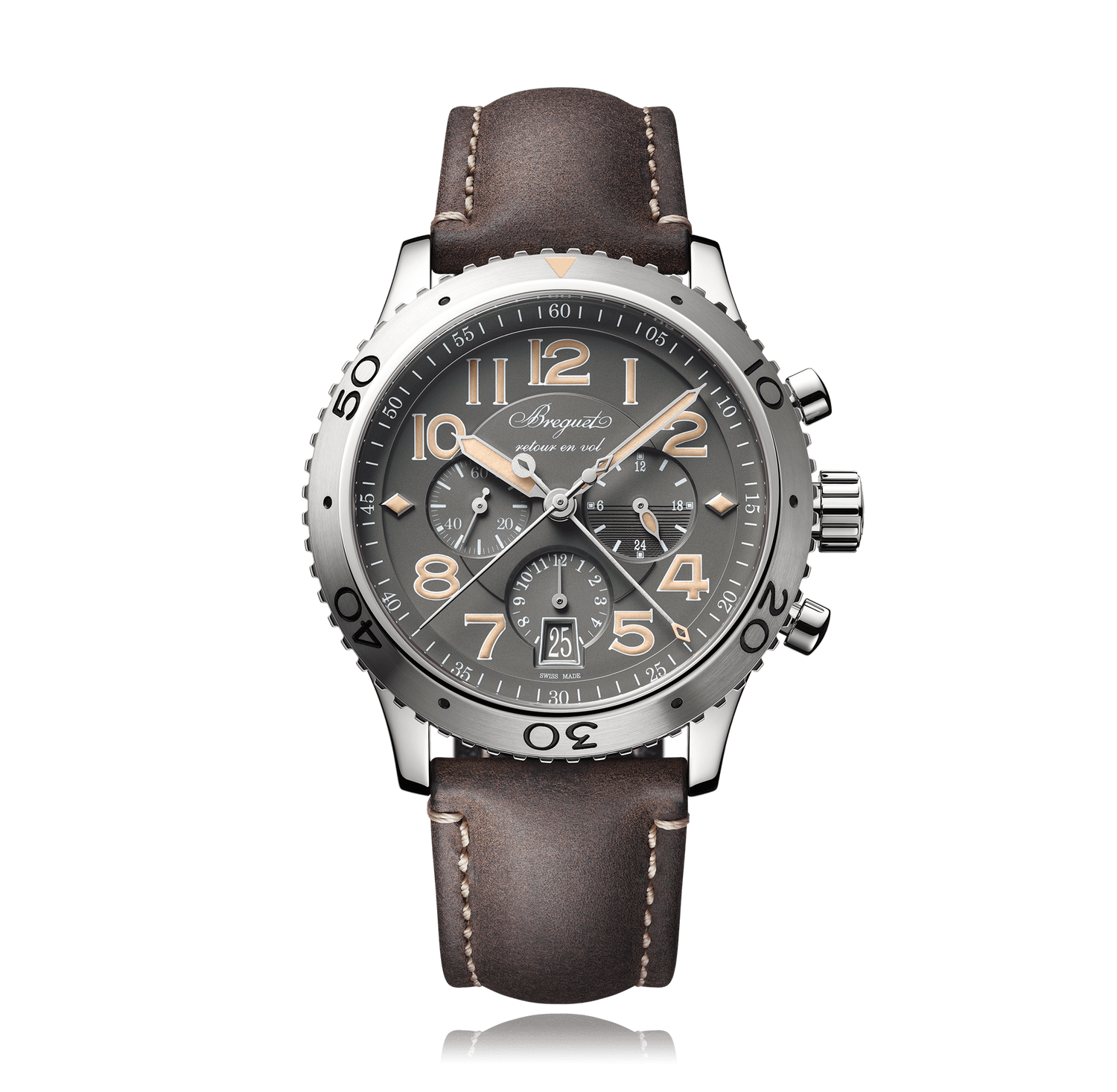 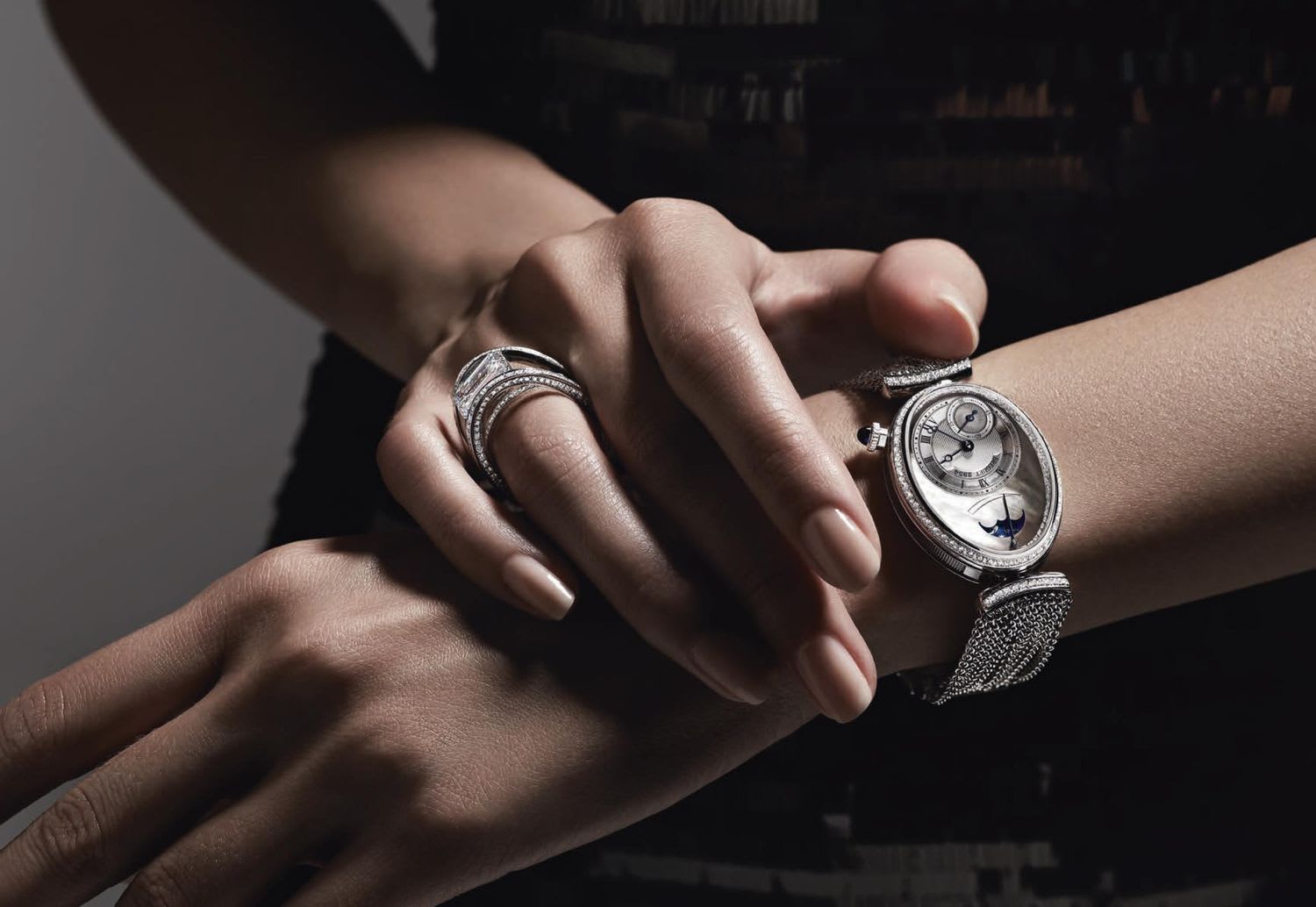 Breguet creations have consistently attracted and fascinated women, including famous patrons such as Marie-Antoinette, Queen of France, the Marquise de Condorcet, and the Empress Josephine of France. The list of Breguet’s fervent female admirers also includes Caroline Murat, to whom he delivered in 1812 – more than two hundred years ago – a model that was truly unprecedented at the time: the first wristwatch. Its ovoid shape was no less exceptional. The models in the Reine de Naples line, anthems of praise to femininity, are inspired by this legendary creation: resolutely modern, refined and suffused with an exquisitely poetic touch. 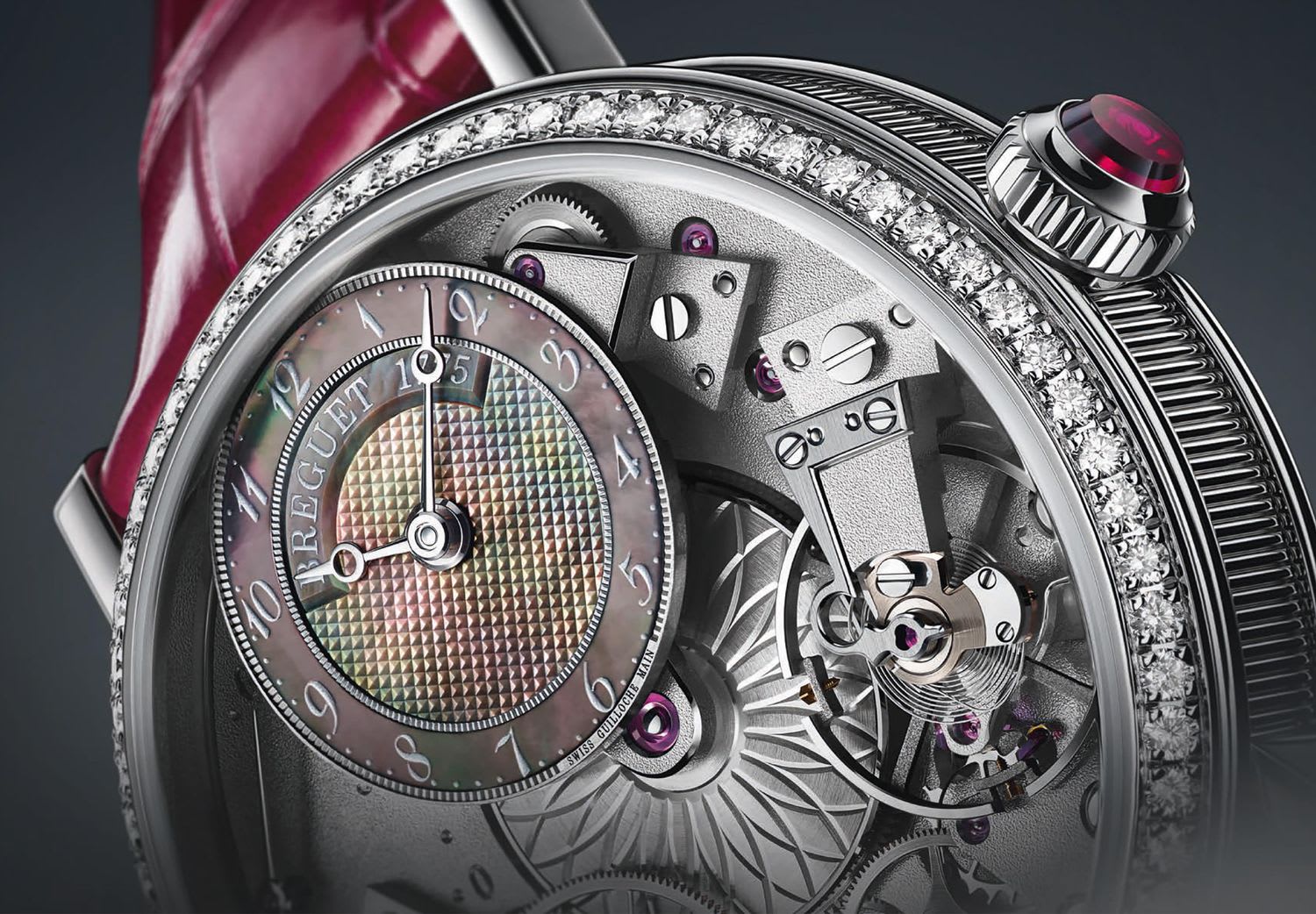 Tradition Collection. An invitation to journey through time and beyond time.

The Tradition collection pays a vibrant tribute to the memory of Breguet. Inspired by the legendary souscription watches of Breguet, Tradition timepieces suggest both a return to the brand’s origins and a vision of its future. Aptly reconciling established and avant-garde styling, their dial face accommodates horological complications in trim, aesthetically sweeping compositions. True to the rules of flawless craftsmanship instituted two centuries ago. Masterly expressions of time’s elusive complexity, Tradition timepieces deftly capture its innermost spirit.


Whether extra-thin models or complicated watches, they are all true to the technical principles, the artistry and the traditional values of the Breguet watch. Classique models capture the essence of Breguet’s original features. In some models, the precious materials of former times and fired enamel dials with Arabic numerals will delight Breguet enthusiasts. 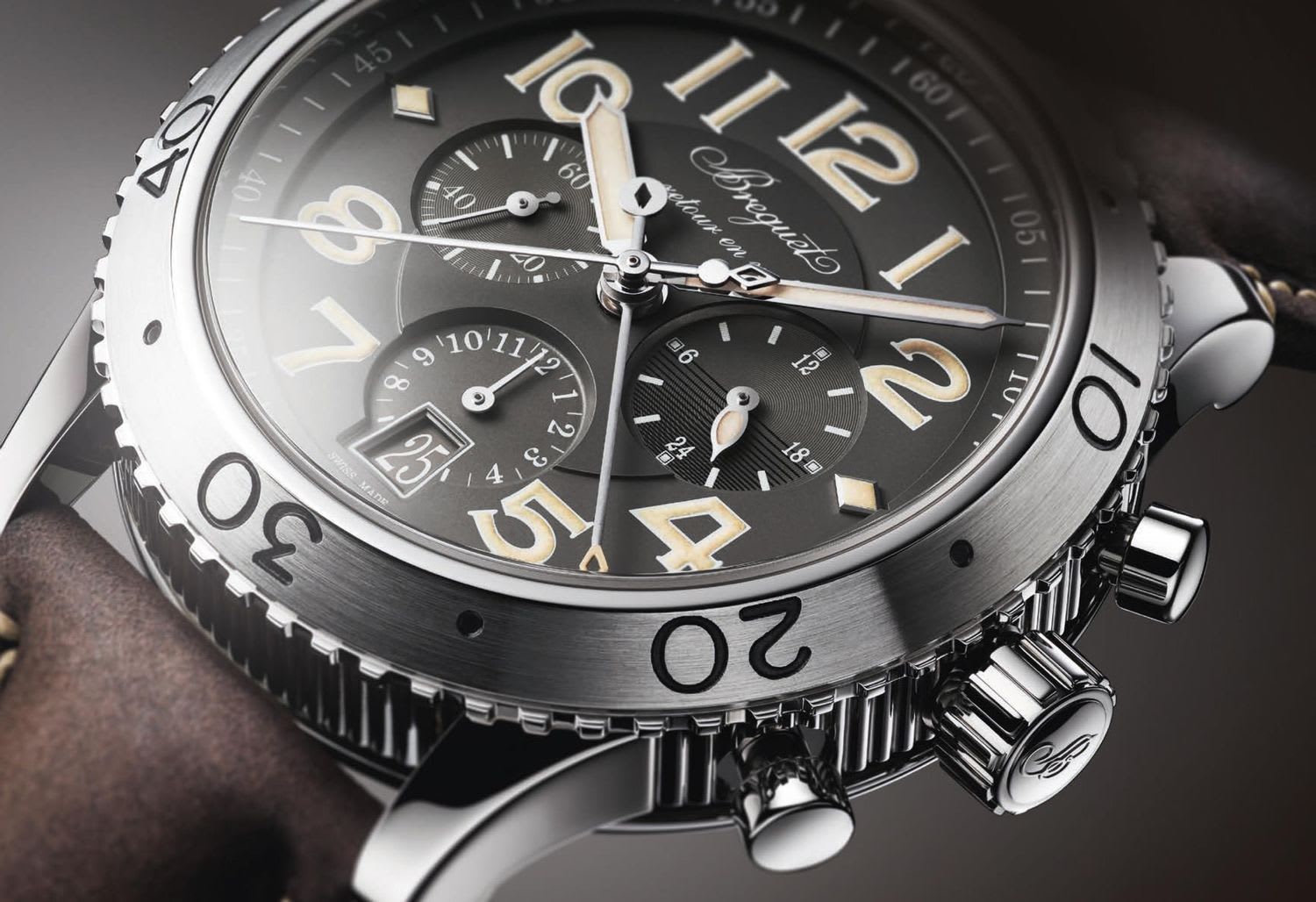 Designed in the 1950s for the French naval air arm, the Type XX returns to the Breguet collection in a civilian version fitted with a self-winding movement. Its chronograph, however, retains the flyback function needed for flying search patterns. Its uncompromising looks and strong construction have made the Type XX, Type XXI and Type XXII popular among those seeking an original and technical sports watch.

On October 27th 1815, Abraham-Louis Breguet was appointed chronometer maker to the French Royal Navy by the king of France, Louis XVIII. This title was not only a symbol of recognition and prestige, but also involved exercising a truly important role on behalf of the nation. At the time, marine chronometers were vital for fleets, since they enabled calculations of ships’ positions. Therefore, they had to be accurate and able to withstand the constant pitching and rolling of the boats. Today, Marine watches are based on the traditional Breguet values, while interpreting them in a contemporary way. Their sturdy construction, reinforced case and protected crown, along with refined craftsmanship, endow them with an elegant and sporting nature that makes them suitable for wear in all circumstances.

Breguet Heritage - Pivotal inventions from 1775 to the present.

If Breguet holds a special place in our cultural heritage, it is because its founder, A.- L. Breguet (1747-1823), set the standards by which all fine watchmaking has since been judged. Today, his heirs at Breguet still make each watch as a model of supreme horological art. A.- L. Breguet was born in Neuchâtel, but it was in Paris that he spent most of his productive life. No aspect of watchmaking escaped his study, and this inventions were as fundamental to horology as they were varied. His career started with a series of breakthroughs: the development of the successful self-winding perpétuelle watches, the introduction of gongs for repeating watches and the first shock-protection for balance pivots. Louis XVI and his Queen, Marie-Antoinette, were early enthusiasts of Breguet’s watchmaking. Each watch from his workshops demonstrated the latest horological improvements in an original movement, mostly fitted with lever or rubycylinder escapements that he perfected.
A. - L. Breguet took refuge in Switzerland from the excesses of the French Revolution. He returned to Paris overflowing with the ideas that produced the Breguet balance spring, his first carriage clock (sold to Bonaparte), the sympathique clock and its dependent watch, the tact watch, and finally the tourbillon, patented in 1801.

Breguet became the indispensable watchmaker to the scientific, military, financial and diplomatic élites of the age. His timepieces ruled the courts of Europe. For his most distinguished clients, Breguet designed this most remarkable pieces, such as the first ever wristwatch for Caroline Murat, Queen of Naples, in 1810. Honors saluted his enormous contribution to horology. Appointed to the Board of Longitude and as chronometer maker to the French navy, he entered the Academy of Sciences and received the Legion of Honour from the hands of Louis XVIII.
When he died in 1823, all mourned the architect of the greatest revolution in the science and art of time-keeping. Today more than ever, its capacity to innovate reflects a brand’s vitality. Breguet’s creativity and ingenuity have not dwindled over time, but have on the contrary steadily increased: witness the fact that since 1999, under the impetus of Nicolas G. Hayek and the current management of Marc A. Hayek, the list of patents registered during this recent period is now considerably longer than that of the founder’s inventions.

We use cookies for statistics, site optimisation and targeted marketing. If you click on “Accept all”, you accept that cookies are set for these purposes, or you can determine here which cookies we are permitted to use. Read more about the use of cookies in our privacy policy. Note on processing data collected on this website in the USA by Google, Facebook: By clicking on "Accept all", you also agree that your data may be processed in the USA.
The USA is considered by the European Court of Justice to be a country with an inadequate level of data protection according to EU standards (for further information, please refer to Section 9 of the Privacy Policy). Please specify here that only essential cookies are permitted to ensure that the transfer described above does not take place.